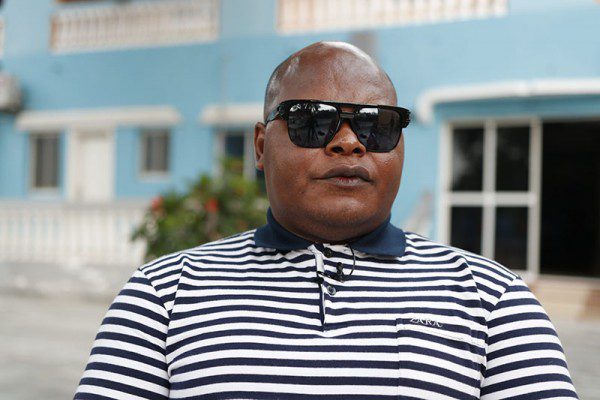 Promoting Human Rights for Persons with Disabilities in Africa, Lucas Amoda, African Union of the Blind

Protection of the rights of the blind in Africa

My organization stands for the rights of people who are visually impaired or blind because we understand that they are not benefiting from the rights the way they are stated in the Universal Declaration of Human Rights. We understand that people who are visually impaired do not have equal access to education, and you have to be educated to improve your life. When it comes to employment, employers are not willing to employ people with disabilities, especially blind people, because they do not have knowledge about what people with disabilities can give to their business.

We are doing our best to use the UNCRPD. The UNCRPD is the United Nations Convention on the Rights of Persons with Disabilities. It is a document which almost 106 plus countries have already signed or ratified in the world. We are using that instrument as a tool to promote awareness about human rights for people with disabilities all over the world and in Africa.

In each country there is a commission which is related to human rights issues, although it is under the governmental umbrella, I think they are the best people to speak about human rights within the country. If I can give an example, in Kenya where we are working, the Kenyan National Commission on Human Rights has done a lot of work and has been listened to by governments when they have opinions influencing different rights for people.

There are more countries now willing to listen to civil society before they make decisions on certain issues. That means there are countries in which the relationship between civil societies and human rights commissions are relatively good. However, I understand that in some parts of Africa they are not at the level.

Through the commission we are able to come out with protocols related to people with disabilities and take this opportunity to remind governments that some among them are very committed to ratifying whatever the commission signs, such as Chad, Central Africa, Benin, South Africa, Ethiopia, and Kenya. These governments are those that have been speaking loudly that they are willing to ratify the Africans with Disabilities Protocol and other protocols. There are so many protocols that are still waiting for a large enough number of countries so that they can take place and start being implemented.

We are requesting that those countries that have already committed, or others that are willing to do so, should use their powers and ratify the various protocols. And I am not only speaking about the ones concerning disabilities. It can be different ones, because these protocols only allow us to demand for our rights if they have been signed or ratified.

Lucas Amoda is an Interim Executive Director, African Union of the Blind (AFUB) is a continental non-governmental organisation(NGO) of national organisations/ associations of & for blind & partially sighted people in Africa.