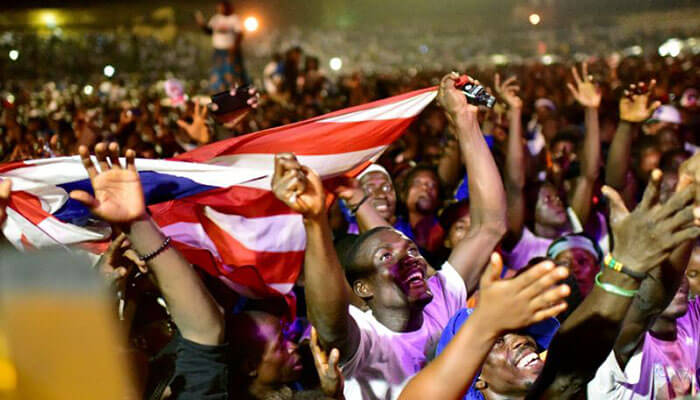 The October 2017 Elections and the Future of Democracy in Liberia

On June 15, 2017 Pres. Ellen Johnson Sirleaf observed that “The [October 10, 2017] elections will be a defining moment for Liberia.” These upcoming elections will be an important milestone for Liberia for several reasons – offering, for the first time since 1944, when President Tubman succeeded President Barclay, the opportunity for a peaceful transfer of power from one elected president to another. These elections are also noteworthy as the third since the conclusion of the 2003 Accra Comprehensive Peace Agreement and the first following a substantial reduction in size of the United Nations Peacekeeping force – UNMIL.

Another interesting feature of these elections is the lack of an incumbent candidate, given that President Sirleaf is ending her constitutional second and last term in office. Despite the candidacy of Vice President Joe Boakai, many are expecting the 2017 presidential elections to be open and competitive. As a result, these elections are akin to the 2005 and 2011 elections in some respects. For instance, the number of presidential candidates which were22 and 16 in 2005 and 2011 respectively is expected  in 2017 to be 20.

Only a few months and weeks ago, there were many reasons for  observers to be  for the prospects of the elections on October 10th. Many challenges needed to be overcome to ensure that they were peaceful, free and fair. These included issues related the implementation and enforcement of the Code of Conduct (CoC), which included a 10 year residence requirement for candidates, for uncertainties.

In addition, NEC may face a number of logistics challenges because the elections will be held during creating problems with accessibility among many others. This is compounded by the fact that even though the Liberia National Police (LNP) has benefited from significant international support in the post-conflict period, it still continues to experience capacity constraints and would need support to ensure security is maintained throughout the electoral process. The LNP was handed the mandate to provide security by UNMIL, which has been substantially scaled down even though its mandate was extended to March 2018.

A close collaboration between the NEC, the Liberian judicial branch and the ombudsman has resulted in the announcement of the list of candidates for the coming elections

Despite these obstacles, stakeholders of the electoral processes in Liberia have worked in collaboration to advance with preparations for the elections. A close collaboration between the NEC, the Liberian judicial branch and the ombudsman has resulted in the announcement of the list of candidates for the coming elections. The NEC was able to release the voters’ roll of 2,183,683 individuals and the campaign was officially launched on August 8 and will end on October 8, 2017. Moreover, on August 17, 2017 the country’s first Presidential Candidate Debate was held and attended by 4 out of 6 of the most favored candidates including Vice President Boakai.

A Defining Point for Liberia

The first relates to corruption. No-one has better articulated the difficulties that the country is facing in stamping out corruption better than outgoing president, Mrs. Johnson Sirleaf. On concluding her second and final mandate as Head of State, and during her final address to the Liberian parliament, she admitted to “[not having] fully met the anti-corruption pledge that we made in 2006 (when she took office).” Her admission of failure is reflected in the rankings published in Transparency International’s Corruption Perceptions Index where Liberia’s position has remained more or less the same during her tenure. For instance, between 2010 and 2016, the country went from 87 position (out of 178 countries) to 90 position (out of 176) while reaching 94 position (out of 175) in 2014.

On concluding her second and final mandate as Head of State, and during her final address to the Liberian parliament, she admitted to “[not having] fully met the anti-corruption pledge that we made in 2006 (when she took office).”

The choice Liberians make will determine that these and a multitude of other challenges will be addressed. However, as a first step to addressing these challenges, it the Government, NEC, the Judiciary and funding partners must continue with efforts to provide resources and improve the capacity of the key stakeholders so that they can adequately deliver. The candidates equally have an obligation to the electorate, to develop and share realistic plans to deal with these major obstacles to the consolidation of democracy in Liberia should they be elected. Ultimately, the success of these elections, maintenance of peace, and the consolidation of democracy in Liberia require a multi-stakeholder commitment and approach

This article was originally published on the OSIWA website on this link http://bit.ly/2y69mTt