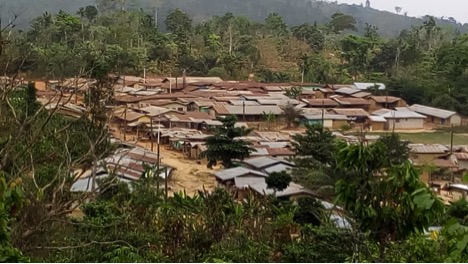 In general, under this law any person administering any poison or other noxious substance to a woman or using any instruments or other means with the intent to cause an abortion is guilty of an offence and is liable to imprisonment for a term not exceeding five years, regardless of whether the woman is pregnant or has given her consent. Any person inducing a woman to cause or consent to an abortion, assisting a woman to cause an abortion or attempting to cause an abortion may also be imprisoned for a term not exceeding five years. A person who supplies or procures any poison, drug or instrument or any other thing knowing that it will be used to perform an abortion is also subject to the same punishment.

There is still a huge stigma associated with performing abortion. This stigma is accentuated by Christian and Muslim beliefs. All these two major religions frown on sex before marriage as well as abortion.

A legal abortion must be performed by a registered medical practitioner with the consent of the pregnant woman. If the woman lacks the capacity to give her own consent, the consent of her next of kin or guardian is required. The abortion must be performed in a government hospital or a private hospital or clinic registered under the Private Hospitals and Maternity Homes Act of 1958 (No. 9) or in a place approved for that purpose by the law.

Although there are no official statistics on abortion in Ghana, some studies suggest that it is a common practice. For example, a 1987 study conducted at Accra and Tamale suggested that abortion was commonly used as a method of birth control. In 1984, a survey carried out at Accra among obstetric patients also found that 20 per cent of the women who had at least one previous hospital delivery had had at least one induced abortion.

Reports from community leaders, mothers and parents have it that the practice of engaging in illegal abortion is far from over. Most teenagers still engage in using non-medical and unapproved means and drugs in conducting abortion. Teenagers and their parents find it difficult reporting to Community Health Centers to demand abortion services. Their fear is that reporting to a health center for such a service can lead to the disclosure of information they will want to keep secret. There is still a huge stigma associated with performing abortion. This stigma is accentuated by Christian and Muslim beliefs. All these two major religions frown on sex before marriage as well as abortion.

To enhance reproductive health and reduce the incidence of illegal abortion among young girls in villages, religious leaders such as Pastors and Imams must be involved in reproductive health education programs and must be educated on the need to reduce stigmatization and social condemnation of girls who become pregnant.

Meanwhile, the idea of engaging in friendship with the opposite sex has become so attractive among girls in primary and Junior high schools in most rural communities in Ghana. These relationships are not without sexual intercourse. In fact, the appetite for sex is so strong among teenagers and, sometimes, even pre-teenagers in primary schools. This has led to a situation where most little girls between the ages of 8 to 15 all pride themselves on having “boyfriends” and having sex. They engage in these practices with little or no knowledge of reproductive health. 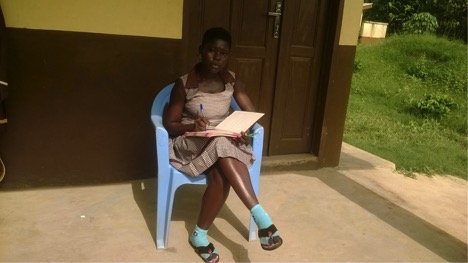 A victim of illegal abortion. She became pregnant and used illegal drugs to abort the pregnancy. This was followed by excessive bleeding. She later died on the way to a hospital in a nearby town.

The situation is much better in towns but worst in villages. For this article, I visited 5 village schools in the western region of the Republic of Ghana. In all these schools, little girls have no shame in talking about their “boyfriends” and about having sex. Having an intimate or sexual relationship with a man is a way most teenagers rehearse their beauty and significance in society.

A significant percentage of school pupils had knowledge of some family planning methods and some are reported to be using some family planning methods, especially combined monthly injectable – Norigynon. In my visit to one school, I was presented with a picture of a girl in primary six (6) who recently died through illegal abortion just before my visit to the school.

To enhance reproductive health and reduce the incidence of illegal abortion among young girls in villages, the following proposals must be taken seriously:

– Religious leaders such as Pastors and Imams must be involved in reproductive health education programs and must be educated on the need to reduce stigmatization and social condemnation of girls who become pregnant.

– Health Service Providers should establish centers to counsel adolescents and school pupils on reproductive health and management of unwanted pregnancies and to advocate for the promotion of safer sex among the sexually active groups.

Kassim Alabani is a teacher with the Ghana Education Service and the General Secretary of the Centre for Development and Policy Advocacy. He volunteers for WATHI.