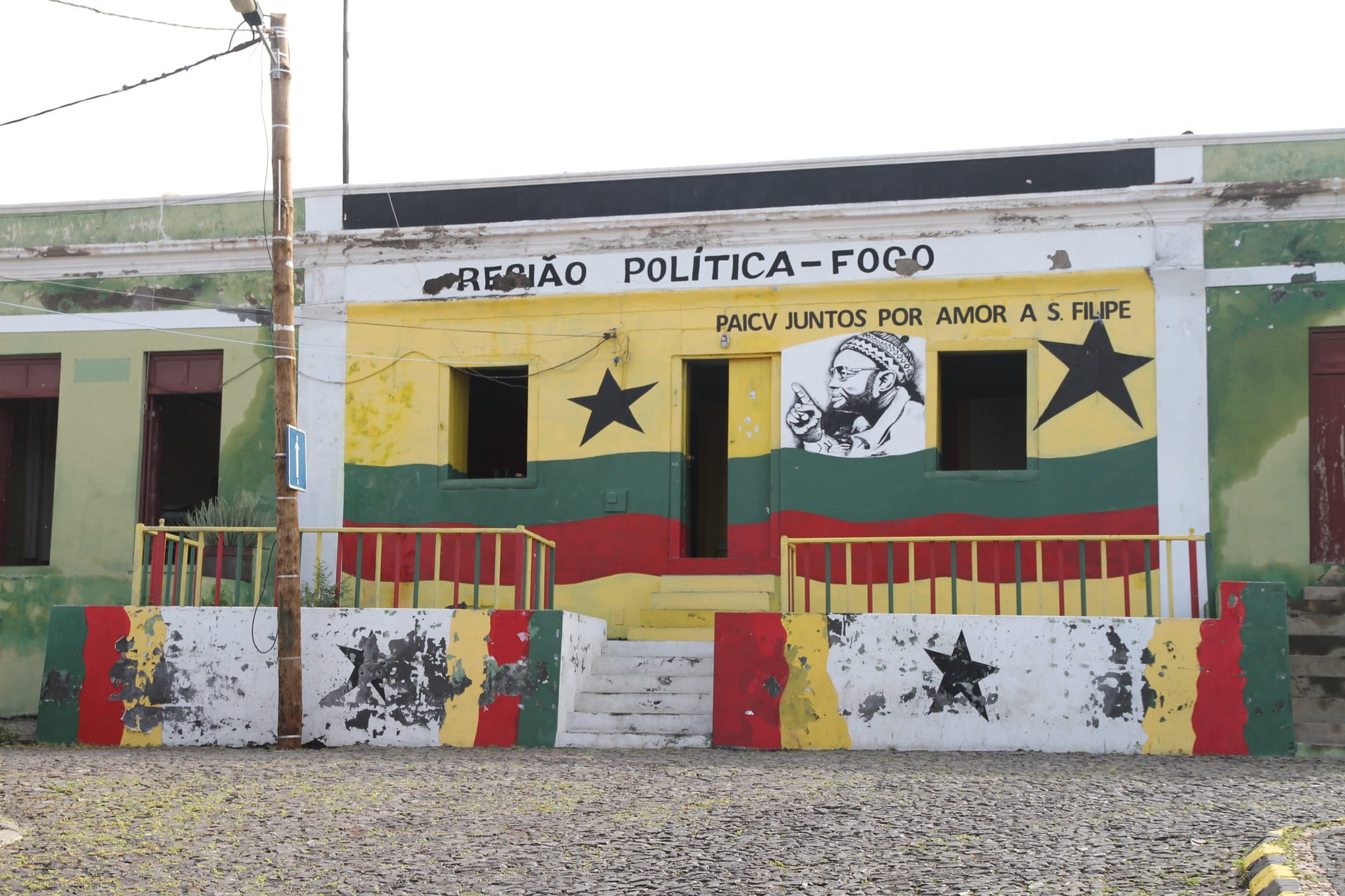 “Here was an African people which has found a way to save itself, which has shown how the poorest most despairing of the legacies of foreign rule can be challenged and thrown off, and which so far has prevailed against every forecast of failure.”

Basil Davidson as quoted in Bruce Baker’s article, “Cape Verde the most democratic nation in Africa?”.  Cape Verde is a small West African nation, maintaining ten islands and half a million inhabitants. In this article, the democratic system of Cape Verde will be discussed, as the tone has already been set in previous literature.

The curiosity remains to analyse Cape Verde’s democratic functioning’s since it is part of a region where democracy is often at threat. The West African region has recently shown dissatisfaction with governance, regarding the number of coup d’états and attempted coup d’états.

500 kilometers West of the Senegalese coast, Cape Verde is isolated in the Atlantic ocean but makes up part of the ECOWAS. Cape Verde and Guinea-Bissau are the only two Lusophone states within West Africa, and their common independence, this will be discussed later in the article.

What makes Cape Verdean democracy particular, is that it is one of the few African countries where it seems to be decently executed. Ranking higher than the former colonial power in terms of democracy, and the highest of the Portuguese-speaking countries distinguishes Cape Verde’s democratic success.  This article will describe the main features and events that shape(d) Cape Verdean democracy, and conclude with considerations to better the democratic circumstances in the West Africa.

From PAIGC to PAICV

As mentioned Cape Verde and Guinea-Bissau are the only two countries in the West-African region that were influenced by Portuguese colonialism. This was a cause for the eventual liberty struggles of both countries to be fought out together against Portugal.

Led by the  African Party for the independence of Guiné and Cape Verde (PAIGC), founded by Amilcar Cabral who was born in Guinea Bissau to Cape Verdean parents, and was convinced of the importance for both countries to gain independence from Portugal. Even though Cabral was murdered before independence, Guinea-Bissau gained independence and was the first African country to be granted so by Portugal in September 1974, Cape Verde became independent later in 1975.

At independence, both countries continued with a one-party state system, which was common for the new independent states in Africa, wherein both PAIGC was the ruling party, had the same constitution, and shared a flag, however, both had a different president.

What makes Cape Verdean democracy particular, is that it is one of the few African countries where it seems to be decently executed. Ranking higher than the former colonial power in terms of democracy, and the highest of the Portuguese-speaking countries distinguishes Cape Verde’s democratic success

In 1980, a coup d’état in Guinea-Bissau, led  the Cape Verdean side of the PAIGC to feel betrayed, and PAIGC continued to be PAICV, the African Party for the independence of Cape Verde, in Cape Verde from 1981.

From 1981 to 1991 the multiparty state in Cape Verde was being designed, this would be the opening to democracy. Negotiations between PAICV, the ‘Movement for Democracy’ (MPD), and the ‘Independent and democratic Cape Verdean Union’ (UCID), led to the PAICV to open and accept constitutional changes, with major changes to transform Cape Verde from a one-party state to a multiparty state.

After accepting to change to a multiparty system, elections were held for the first time in Cape Verde on January 13, 1991. While PAICV, accepted elections, they did so with the confidence that they would win these elections. However, the contrary happened, Pedro Pires who was prime minister since 1975 had to give up his position to Carlos Veiga from the MPD. What was important is that this happened peacefully, PAICV accepted their loss and transitioned power, without any struggle, which is hardly experienced on the African mainland.

Since these first elections, Cape Verde has held peaceful elections, and has seen several power transitions between the PAICV and MPD. The first elections started with three parties, however, in the latest elections, there was a total of 7 parties present, even though the influence of the other 5 parties remains minimal.

The results of the last elections were in favour of the MPD, which obtained 36 from the 72 seats in the national assembly, PAICV 29, and UCID four, leaving the other parties out of the assembly, the country’s decision-making organ.

The third party present since 1991 is as well a remarkable one since it is linked to Cape Verde’s diaspora. A feature that influences and distinguishes Cape Verde from other African countries, is its large diaspora, which is larger than the population within Cape Verde. There have been different estimations, however, the most credible estimation is of 700.000 Cape Verdeans that live outside the peninsula, outnumbering the population of 500.000 on the islands self.

The prime minister and president don’t have to be from the same party. Where MPD was fulfilling the two positions in the last year, it changed this year when Jose Maria Neves from the PAICV got elected to be president. The prime minister will remain Ulisses Correira for the upcoming years since the MPD renewed their term in last year’s parliamentary elections.

What is the African recipe to success?

Having discussed Cape Verde’s democratic history and the past elections. The question to be answered is if there is a specific recipe to success to follow or points of inspiration for other West African countries to consider? Several speculations are made about Cape Verde’s population being intermingled between Europe and Africa as a cause of its democratic success, however, I would like to dismiss this thought following Afrobarometer’s research which resulted that the largest part of Cape Verdean society 81 percent identifies themselves as African, just a small 4 percent consider themselves European.

The first hypothesis I wanted to propose for Cape Verde’s democratic success is the good roots with which democracy was founded upon where, Pedro Pires would be the one to thank for this. Having been the prime minister from 1975 to 1991, and losing the first elections to MPD, here could have happened what happened in most African countries, denial of transit power to a new party.

Since these first elections, Cape Verde has held peaceful elections, and has seen several power transitions between the PAICV and MPD

However, the defeat was accepted and the power transition went peacefully. Pedro Pires set the example for the following years, and in 2006 he was to be elected president, and won as well the Mo Ibrahim prize  for transforming Cape Verde into a stable democracy. He is one of the four African leaders to win this prize.

Cape Verde’s geographical situation might as well be one of the reasons why it remains a strong democracy. Regarding the most democratic countries in Africa, several small island nation-states make part of the top 5 next to Cape Verde, such as Mauritius.

Regarding the lusophone African countries, the only two to have a nearly similar situation, after independence where democracy and a multi-party state could be installed relatively easily is Sao Tome. Sao Tome shares several characteristics with Cape Verde such as being an island nation-state, but as well having a homogenised population, with a shared history, which is often not the case in other African countries, where multiple ethnicities share the same country.

Between the Cape Verdean parties, rivalry is thus not based on ethnicity, but rather on what economic models to run the state. The lack of this ethnic rivalry might be as well one of the points that guard peace after the elections since in other countries someone might make use of ethnicity within campaigns.

Cape Verde’s exceptional diaspora as mentioned earlier might as well influence what happens within the peninsula. However, the absence of many Cape Verdeans could as well be considered one of the factors as to why there is no turmoil after elections.

Finally what might enforce Cape Verde’s democracy is transparency, where Cape Verde scores relatively well in African spheres. However, what needs to be emphasized is that Cape Verde is not immune to issues such as corruption, and other situations where the law is being bent.

Such as the case of Amadeu Oliviera, a deputy, and member of the UCID party being imprisoned illegally due to political motivations. As well a cultural restriction on women’s participation still affects the number of women present in the government.

Democracy can be embodied in African nations, as Cape Verde has proved. Even though society might display different factors than most African societies, such as having a population with a common ethnicity and history, which might induce political problems elsewhere on the continent. Cape Verde still remains an African nation. Where sadly enough there are as well problems with rule of law, such as corruption, and unemployment is still high. However, where the voice of the people is respected while voting.

Pedro Pires set the example for the following years, and in 2006 he was to be elected president, and won as well the Mo Ibrahim prize  for transforming Cape Verde into a stable democracy. He is one of the four African leaders to win this prize

However, measuring and implementing democracy in the rest of the region has  been discussed to be done as Chabal suggests that political accountability is a larger concept where power extent is legitimate. This concept he suggests is fairer to be used instead of the democracy concept concerning sub-Saharan Africa.

Where, yes, Cape Verde might be an example, however, many of Cape Verdean’s societal features are different from other African societies. One main aspect that could change the discourse of political discouragement in other African states, is to leave ethnicity out of politics.

Not to misunderstand the ethnic and cultural diversity on the African mainland is key to acknowledge and to be celebrated, it is just not one to be used as a tool to gain credibility when governing a country where multiple ethnicities have to share a government.

Gilda Christina Rodrigues is a Cape Verdean born in the Netherlands. The interest to research on the West African region has always been of great interest for her. She is Currently continuing with a Master African studies at the University of Leiden as well, to deepen knowledge and experience on the continent.